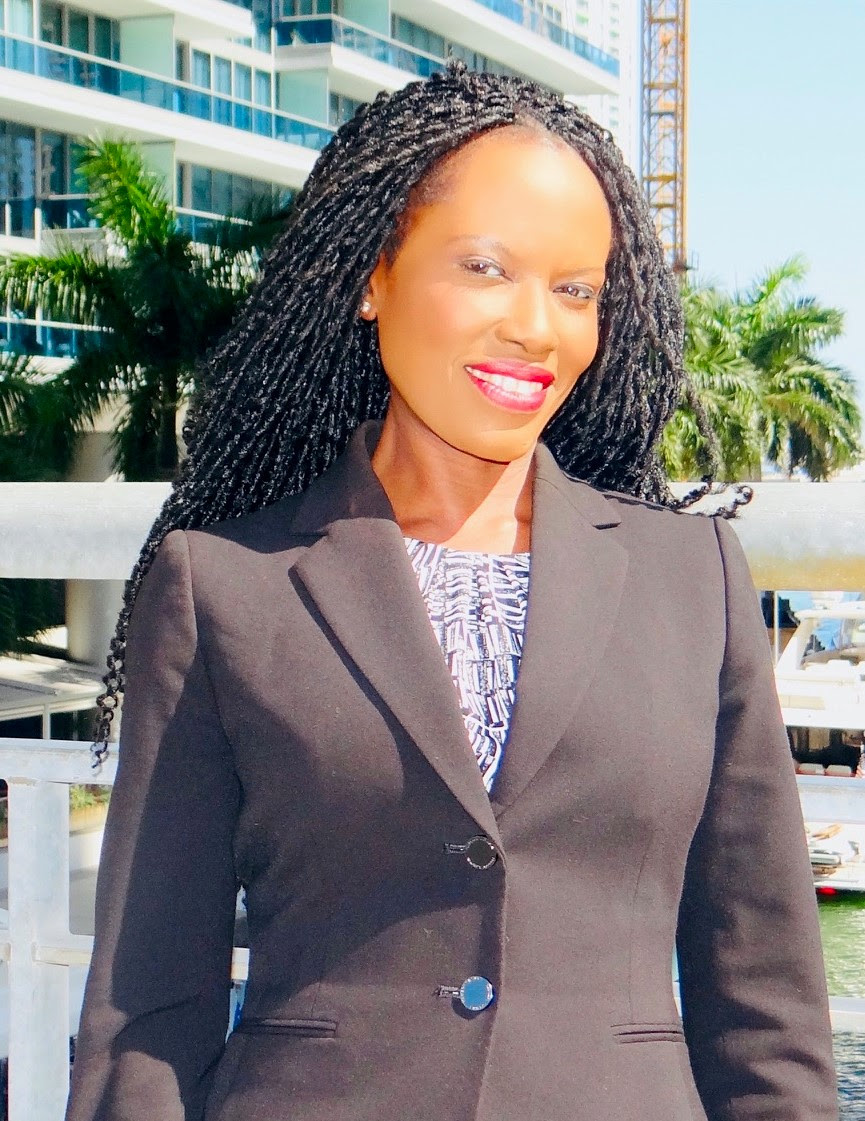 Ms. Bogle earned her Juris Doctorate degree from The George Washington University Law School in Washington, D.C. She was a selected member of the Moot Court, Dean’s List and Student Appellate Attorney in the Federal Criminal Appellate Clinic.

She is fluent in Jamaican Patois and has a working knowledge of French.

Ms. Bogle is also a Pro Bono Child Immigration Attorney with the National Center for Refugee and Immigrant Children, where she represents unaccompanied immigrant children in removal proceedings before the Department of Homeland Security.

Prior to Bogle & Chang, Ms. Bogle is an experienced litigator who began her legal career as a trial lawyer. Prior to co-founding Bogle & Chang, LLC, she was an Assistant District Attorney in the Suffolk County District Attorney’s Office in Boston, Massachusetts. She was a Point Prosecutor for Child Abuse, Domestic Violence and Identity Fraud, in Boston’s busiest courts.

She prosecuted thousands of felony and misdemeanor cases including: possession of a firearm, carjacking, drug distribution, aggravated assault and battery and operating under the influence. Ms. Bogle was an Assistant Attorney General in the Office of Attorney General, Criminal Division, in Wilmington, Delaware.

As a criminal prosecutor, she conducted over 100 trials before both juries and judges. Ms. Bogle was also a Pro Bono Immigration Attorney for the Political Asylum Immigration Representation Project in Boston, Massachusetts, where she represented asylum clients in trial and formerly INS administration proceedings.

Ms. Bogle is the President and Founder of the Caribbean Education Foundation, Inc. (CEF), a nonprofit organization that provides scholarships to poor children in Jamaica and the Caribbean to attend schools and receive a quality education in the developing world.

In August 2011, she was awarded a New York State Assembly Citation for legal work in assisting immigrants from over 30 countries as the Immigration Chair for Bogle & Chang law firm and her tireless efforts in helping poor children receive access to quality education in the Caribbean as President of the Caribbean Education Foundation.

Ms. Bogle is also active in the community. She is a Big Sister with Big Sister Organization of Greater Boston, serving as a mentor to young girls. She is a member of the Urban League of Greater Boston and Child Reach Inc. Child Sponsors, where she provides educational and nutritional support to a young girl in Haiti for many years.

Nikiki Bogle was a Speaker on “Prosecuting the Media and The Life of a Prosecutor” at the American Bar Association, Law Student Divison Annual Conference held at the New England Law School in February 2006.
^

Nikiki Bogle was a Panelist at the Federal Judicial Conference for the Massachusetts District Court at “The Bar Speaks”. She presented on behalf of the Massachusetts Black Lawyers Association on June 15, 2007.
^

Nikiki Bogle was a Speaker at The Boston University Minority Law Students Orientation Panel on August 27, 2007.
^

Nikiki Bogle was a Panelist at the Women of Color in Business: An Entrepreneurial Venture at the Suffolk University Law School on October 27, 2007.
^

Nikiki Bogle was the host, a speaker and presenter at the Massachusetts Black Lawyers Association 2008 Gala Dinner, entitled “Honoring Our Legacy, Strengthening Our Future” on April 27, 2008 at the Boston Sheraton Hotel.
^

Nikiki Bogle was the Speaker on the “Intersection of Criminal Justice System and Lack of Education” on Touch 106.1 FM Radio Station on January 11, 2010 in Boston. She addressed issues involving Massachusetts CORI Reform and the lack of education of many criminal defendants.
^

Attorney Bogle presented on the issues of Naturalization and U.S. Citizenship. The Immigration Forum was presented by the Jamaican American Bar Association, North East and the Jamaica Diaspora, NE.
^

Nikiki Bogle was a Panelist on the “Forum on Immigration Issues” in Boston, Massachusetts on June 6, 2010.
^

Nikiki Bogle was a Panelist on the Immigration Law Panel on October 30, 2010 in Hartford, Connecticut. It was presented by the Jamaica Diaspora North East USA Annual Conference 2010 at the West Indian Social Club.
^

Nikiki Bogle was a Panelist on the Immigration/Criminal Law Panel on May 21, 2011 at the Reggie Lewis Athletic Center at Roxbury Community College in Boston, Massachusetts. The theme was “Remember the Foreigner.” It was held in conjunction with the Boston Prayer Breakfast sponsored by the Jamaican Diaspora of Massachusetts, Inc.
^

Nikiki Bogle was a Panelist at the Immigration Seminar in Brooklyn, New York on July 30, 2011 presented by the Jamaican American Bar Association, North East in conjunction with the Consulate General of Jamaica New York. She will present on Naturalization and U.S. Citizenship matters.
^

Nikiki Bogle was a Speaker at the Mary Louis Academy on April 25, 2013 in New York, NY. She spoke with 230 graduating seniors about law, career and nonprofit work.